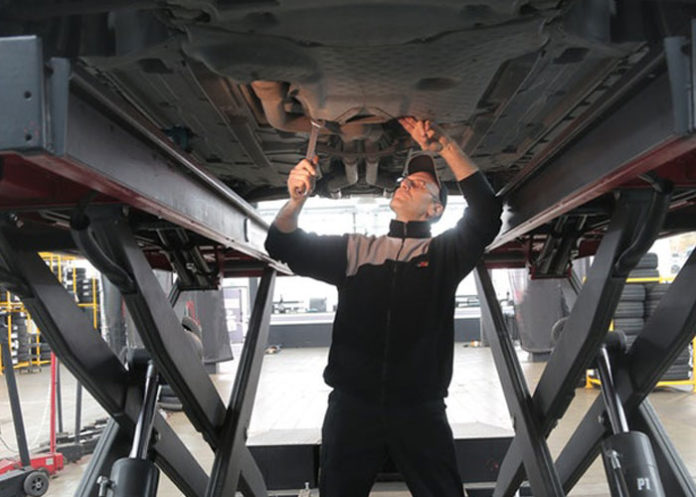 GOSHEN – Orange County District Attorney David Hoovler announced on Tuesday that his office is conducting an inquiry into an incident where a man was refused service at a Toyota dealership in Goshen, apparently because the man was an Orthodox Jew, and the staff was fearful of contracting the coronavirus from him.

In a video which was created by the customer who was refused service, and which has been widely disseminated, an employee of the dealership –Johnstons Toyota – admitted denying the man service because he “is spreading the virus” notwithstanding that other customers were being served at the same time.

On the video, the employee did not respond to inquiries by the man who was refused the previously scheduled service appointment, as to why he was being refused service while other customers were being served.

Hoovler noted State Civil Rights Law section 40 provides that no business’ proprietor, manger or employee shall directly or indirectly refuse, withhold or deny patronage of a business “on account of race, creed, color or national origin.”          Section 41 of that law states that each violation of section 40 is “a misdemeanor, and upon conviction thereof [the defendant] shall be fined not less than $100 nor more than $500, or shall be imprisoned not less than 30 days nor more than 90 days, or both such fine and imprisonment.”

After becoming aware of the incident, Hoovler spoke to the owner of the dealership.  The owner stated that the dealership had not instructed their employees to refuse service to members of the Orthodox Jewish community and has since taken remedial action against the employees who were involved in the incident.       The dealership acknowledged their obligation to provide service without regard to a customer’s religion.

“No business can withhold service from any person on account of their race, creed, color or national origin, even during this time of emergency,” said Hoovler. “While there may be an understandable fear of contracting the coronavirus, there is never an excuse to violate people’s civil rights due to their race, gender or religion.   Every business, essential or not, that does treat people equally is liable for prosecution under New York’s Civil Rights Law.  Now, more than ever, New Yorkers should treat each other equally and with respect and, most importantly, follow the law.”

Dog shot to death in Cornwall