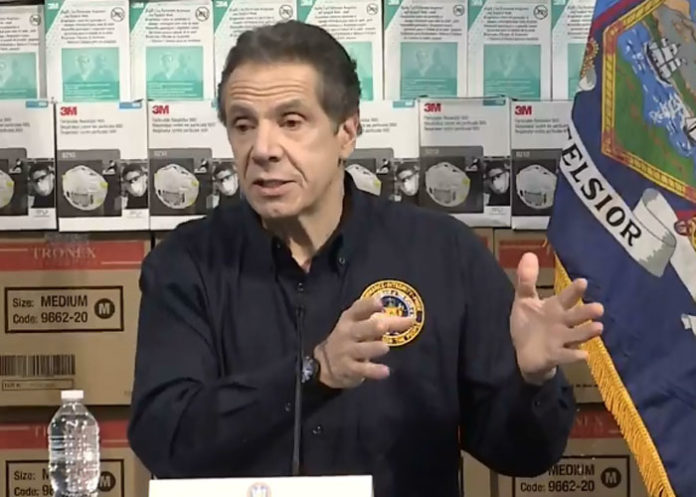 While at the Javits Center in New York where temporary hospitals are being constructed, Cuomo renewed his call for all hospitals to increase their capacity by at least 50 percent, but to strive for 100 percent increase.  And, since that will not likely be enough, the governor said he is talking to SUNY and CUNY schools about using dormitory rooms and taking over hotels.

Cuomo again called on Washington to invoke the federal Defense Production Act so companies can be directed as to what to manufacture.

“Volunteerism is nice and it is a beautiful thing and it’s nice that these companies are coming forward and saying they want to help. That is not going to get us there, and I do not, for the life of me understand the reluctance to use the Federal Defense Production Act,” the governor said.

His top propriety is those ventilators, at least 30,000 of them. FEMA announced it will provide New York with 400 of those devices. Cuomo’s response: “you’re missing the magnitude.”
Since it is believed that once a person gets the virus and is resolved, he or she cannot contract it again for a long period time so they could conceivably return to work.