POUGHKEEPSIE – The ‘Repeal Bail Reform Task Force’ convened the second in a series of statewide roundtable events aimed at highlighting the impact the drastic changes are having on local communities.

Held at Dutchess Community College in the Town of Poughkeepsie, the roundtable brought together members of law enforcement, victims’ advocates, first responders, and local government officials to share their experiences in grappling with the new measures.

Senator Sue Serino, who hosted the event, said, “When these new measures were jammed through last year’s state budget, the voices of law enforcement, victims’ advocates, and first responders — those who work to keep our communities safe — were ignored. As Albany continues to negotiate behind closed doors on this critical topic, this event was an important opportunity for those on the front lines to make their concerns known. Public safety must always be our top priority, and right now, the state is failing on this front. New York needs to hit the pause button on these new measures, take these concerns seriously and go back to the drawing board.”

“More than two months have passed since the reckless bail reform changes took effect in New York. In that time, the toll on our state’s public safety, crime victims and law enforcement communities has continued to escalate,” said Senator George Borrello (57th District). “Every day that passes without action on this issue is another lost opportunity to stem the flow of criminals that judges are being forced to release onto our streets, against their better judgment and all commonsense. It is imperative that we listen to those on the front lines of our criminal justice system whose voices were ignored when this irresponsible legislation was passed last year. Their voices must be heard.”

“We continue to hear from the law enforcement community, prosecutors and crime victims that the bail reforms imposed earlier this year goes too far.  I recognize the need for responsible criminal justice reforms, but these changes jeopardize the safety of law-abiding citizens and prohibit judges from using their discretion when deciding whether to release a potentially dangerous individual. Public safety must be our first consideration,” said Senator Patrick Gallivan (59th Senate District).

The ‘Repeal Bail Reform Task Force,’was created in response to the public outcry against the new law, which was forced through the budget process last year, according to the Republican lawmakers.

The effect of the reforms was to make 90 percent of crimes result in a mandatory release, including manslaughter, vehicular manslaughter, violent assault, and burglary. No public hearing was held before the changes to the state’s criminal justice system were passed, the senators said. Additionally, local municipalities, law enforcement, victims’ services agencies, and district attorneys were not given any additional funding to implement the new changes.

“We had been reassured as some of this was moving through that domestic violence providers were absolutely in the loop,” said Branka Bryan, executive director of Grace Smith House, during the bail reform round table discussion. “And yet, when it came time and bail reform was passed, there wasn’t quite the domestic violence exemption that we were assured would happen. Having to explain to victims that domestic violence family offenses are not violent, or they’re not violent enough to qualify… it invalidates someone’s experience. It takes a lot for a victim to get to a point where they are going to actually call the police, to reach out. When that reach out results in perhaps, the offender getting back home before the victim gets home from the hospital,” it’s concerning.

At Monday’s roundtable, District Attorney Association of New York President and Orange County DA, David Hoovler, highlighted crime statistics from the Hudson Valley since the laws were changed. He noted that compared to 2019, the cities of Kingston, Middletown, Newburgh, and Poughkeepsie have collectively seen a 79 percent increase in motor vehicle thefts, a 48 percent increase in aggravated assaults, and a 42 percent increase in robberies since the start of the year.

While it has been widely reported that both the Governor and Senate Democrats are now
considering changes to the new laws, no information regarding the changes have been released. 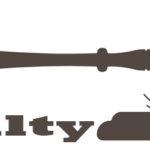 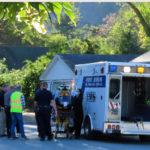 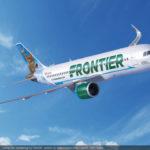 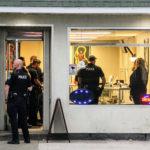