KINGSTON – A 39-year-old Kingston man is wanted by city police on a charge of robbery. 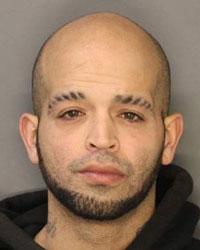 He described as being five feet, four inches tall, weighs 135 pounds, and has black hair and brown eyes.