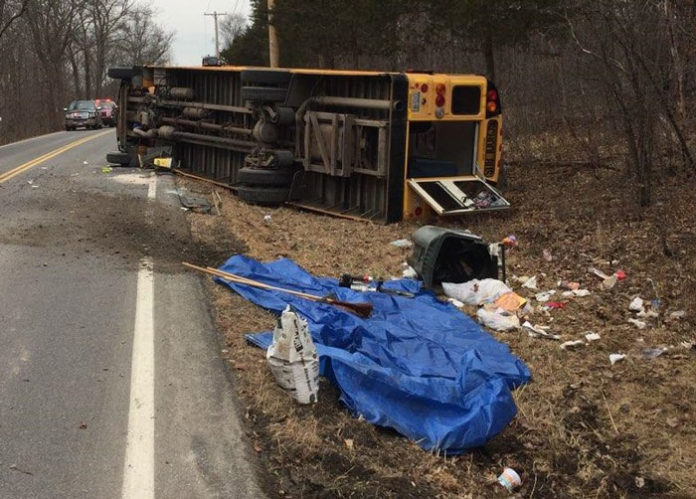 GERMANTOWN – A Germantown Central School District bus crashed on Church Street in Germantown at about 7:45 Tuesday morning sending four children to the hospital with minor injuries.

The driver and 20 students were on the bus.

Sixteen children were transported to Germantown Central School and evaluated by the school nurse. Four of those kids were released to their parents for further evaluation at local hospitals.

The remaining 12 children either returned to their homes or reported to class as deemed fit by their parents.

The cause of the crash is under investigation and the bus will be inspected by the state Department of Transportation and the Troop K State Police Commercial Vehicle Enforcement.