NEW CITY – Members of the Second Amendment advocacy group 2ANYS are preparing to take legal action against the Rockland County Government to end what they consider “a conspiratorial practice of denying the concealed carry pistol permit applications of virtually all Rockland residents.”

The newest chapter of 2ANYS has been organized by a coalition of U.S. Army veterans, members of the Orthodox Jewish community, and frustrated residents, who feel their government has denied pistol permits to residents for “unconstitutional and frivolous reasons.”

The group was originally founded in western New York in 2019 but has rapidly expanded its efforts statewide, said founder Steven Felano, who was in Rockland County on Tuesday. “In our first year of operation, we ended up expanding very aggressively in the southern part of New York State – much further downstate, actually all the way down to Queens and Brooklyn,” he said. “And, we have been hearing from people all across downstate that their Second Amendment rights are being regularly infringed upon, much more heavily than upstate, so we wanted to do something about that.”

Felano said they focus on non-compliance, non-enforcement and repeal efforts with respect to state gun control.

In the past year, 2ANYS has successfully reversed the first-ever S.A.F.E. Act conviction on the grounds of prejudice, convinced the D.A.s of 17 New York counties to go on record stating they would not enforce the seven-round limit mandated by the Safe Act and restored the rights and property of a woman who had her gun confiscated under a “Red Flag style law,” which allows police to temporarily confiscate firearms from people who are deemed by a judge to be a danger to themselves or to others. 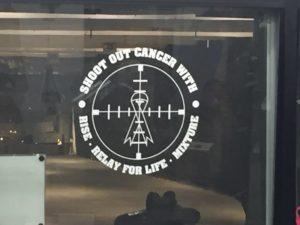 “For far too long Rockland has been under the shadow of New York City politics,” said Tzvi Waldman, one of the leaders of Rockland’s 2ANYS chapter.  Waldman and his fellow advocate Erik Melanson began working with the organization earlier this year and have so far been contacted by more than 100 people who are interested in becoming plaintiffs in the impending case.

“We’re not asking for anything radical; we’re simply demanding that Rockland County comply with the District of Columbia v. Heller decision of 2008,” said Felano. That Supreme Court decision stipulated that a person can only be denied the right to carry a firearm if they have “been convicted of a felony or received a civil commitment under mental health law.”

Felano has argued that New York’s pistol permitting system is unconstitutional “as the county judges have sole discretion” over who should receive a permit.  In counties such as Rockland, judges are able to add other stipulations to the application process which results in the law being applied differently to different New York residents.

Specifically, Felano cited HIPA disclosure forms, which allow the state to accesses a candidate’s mental health records, and “mother may I letters,” written statements requiring a candidate to explain to a judge why they would want a firearm license, as illegal barriers to gun ownership.

The proposed lawsuit will “directly and personally” sue the judges handling permitting cases in Rockland and is being organized by Attorney James Ostrowsk, the man responsible for overturning the first-ever S.A.F.E. Act conviction.

Bronx man arrested in Dutchess County for trying to buy a...