POUGHKEEPSIE – On Thursday, Karen Smythe, the Democrat State Senate candidate for the 41st District criticized her opponent, Republican State Senator Sue Serino for voting against a bipartisan bill last week that will ensure that prescribers of opioids and controlled substances have the most current training on the best practices in pain management, palliative care, and addiction.

“We must not allow politics or special interests to stand in the way of fighting the scourge of opioids that is devastating our communities,” said Smythe. “It is crucial that New York State is doing its part to protect residents, and this includes ensuring that our medical professionals have the most up-to-date training when tasked with the serious responsibility of prescribing controlled substances. We must be aggressive from all angles in this fight to save lives and we need representation who will do that.”

The proposed Senate legislation that Smythe is rallying behind, of which there is no similar bill in the Assembly, would alter the training requirements established in a law that Serino supported in 2016.

A recent memo sent to lawmakers from the New York State Medical Society said in part, “In 2016, the New York State Legislature passed a law requiring physicians and other health care providers who have a DEA license were required to take a three-hour course on pain management, palliative care, and addiction. This law requires the following topic areas the state and federal requirement for prescribing controlled substances, appropriate prescribing, managing acute pain, palliative medicine, prevention, screening and signs of addiction, responses to abuse and addiction and end of life care.”

The organization representing the physicians continued, saying “However worthy these additional topics may be for study, it will water down the existing course. Physicians and other DEA licensed prescribers were required to have taken this program by July 1, 2017.

The law also requires that the prescribers take the course every three years.”  The memo continued with “This year –2020 — is the start of a new three-year cycle and physicians are again required to take this course. Physicians who took this program in 2017 are already beginning to comply with the requirement of every three years. To change this requirement at this point in time will mean those physicians, who have already taken course work to comply with the three-year requirement, will be forced to take another program next year to accommodate the changes in the law.”

When asked about the recent vote, State Senate Republican Spokeswoman Candice Giove said, “No one has fought harder against the opioid epidemic than Senator Sue Serino. It’s because of Senator Serino and her GOP colleagues that we even have a law on the books requiring doctors to go through continuing education training on opioids and pain management today. Karen Smythe should be urging Senate Democrats to repeal the  outrageous bail reform laws that are letting major drug smugglers out onto our streets, not advocating for bills that will do nothing to actually curb the opioid epidemic.” 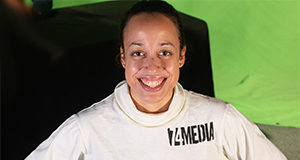