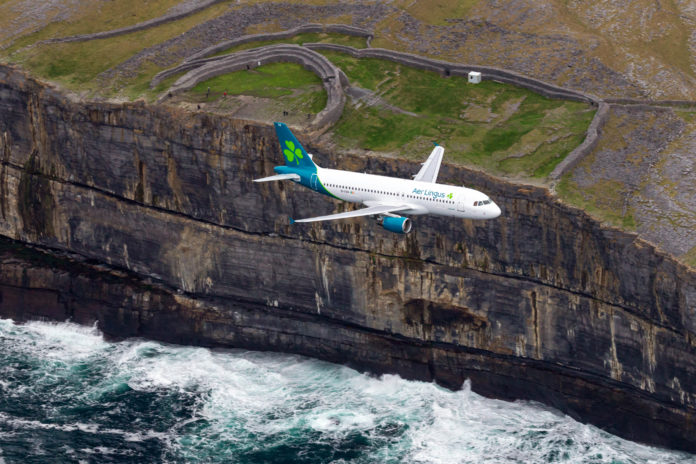 Port Authority and Orange County officials have been discussing the possibility of attracting the airline to the Hudson Valley for months (See MHNN November 2019 story).

The senator said this is the perfect time for Aer Lingus to come to Stewart given the departure of Norwegian Air, which last year provided service to Great Britain.

He said Air Lingus at Stewart would be “a major win-win” for the airline “which can build and expand in the Hudson Valley and Upstate New York and for the residents of the Hudson Valley and nearby New York metropolitan area, who would greatly benefit by having more affordable international fight operations.”

Schumer cited the soon-to-open Legoland amusement park in Goshen Woodbury Common and the Valley’s proximity to New York City as ideal reasons for the airline to set up shop in Newburgh.

Schumer is credited with bringing Jet Blue to Stewart several years ago.