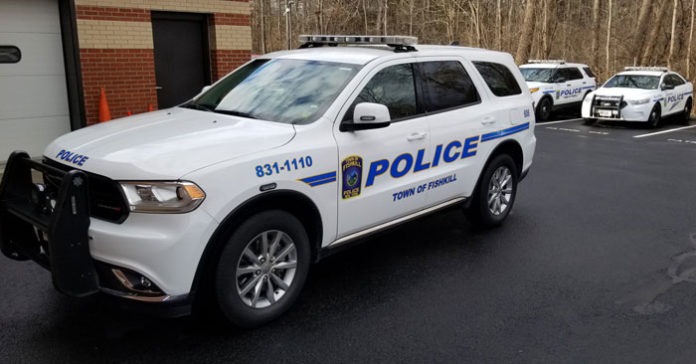 FISHKILL – The Town of Fishkill and it current police chief, James Schepperly, are being sued by a former member of the town’s police force.

Former Police Sergeant Scott Bierce, through his attorney Michael Sussman, is suing the town in federal court claiming his right to freedom of speech and political association were violated by Chief Schepperly and the town.

Bierce was a member of the police force for 38 years, until his resignation in December 2019.

In the lawsuit, Bierce asserts that in 2011 he openly supported then town supervisor Joan Pagones in her GOP primary against Bob LaColla, the winner of the primary who went on to win the race for supervisor.  At the time, Bierce was a sergeant in the department and claims that LaColla retaliated by having him demoted.  Bierce responded to the demotion by filing a federal lawsuit.  Bierce was returned to his previous rank and the lawsuit was settled.

When LaColla was re-elected in 2015, the town board named Schepperly as police chief.  The appointment is at the pleasure of the town board and can be rescinded at their will.

Bierce further states that in 2018 the chief proposed the promotion of five members of the department to the rank of detective.  The plaintiff opposed the promotions to Councilman Ori Brachfeld, claiming that “the expansion of the detective unit was unjustified by law enforcement needs and would represent a drain on taxpayer dollars and that the defendant (Schepperly) was misrepresenting the pension status of several of these candidates.”

Bierce alleges that a qualified female member of the force was being passed over for promotion but the officer was afraid to complain for fear of retaliation.  The board ultimately promoted the five candidates recommended by the chief.

Bierce’s complaint says that a short time later, in the spring of 2019, Schepperly summoned Bierce to his office to criticize his work performance.  The same type of meeting occurred again in the mid-summer of 2019.  At that meeting, Bierce says he became frustrated because his work had been reviewed and approved by a lieutenant without any corrections necessary and he told the chief “If you want a piece of my (expletive), you can have it.”

Bierce says that after that meeting he was certain that Schepperly was attempting to discredit him because the chief knew that if Ozzy Albra defeated LaColla in the November 2019 general election, he (Bierce) might well be appointed to replace him as police chief.  Albra did eventually win the election, taking office in January of this year.  Bierce claims that he openly assisted the Albra campaign.

In October of 2019, Schepperly suspended the plaintiff with pay pending further investigation, claiming that Bierce was undermining official business by continuing to contest departmental staffing and promotion decisions by continuing to express his concerns to Brachfeld.

According to Bierce, the chief contacted him in late November to schedule an interrogation of him on December 12.  Bierce resigned 10 days prior to the scheduled meeting citing “micro-management to which he had been subjected, but also because he had become convinced that Schepperly intended to have him falsely arrested and did not want to disgrace the uniform he had worn for nearly four decades and cause embarrassment to the town by being falsely arrested in uniform.”

Bierce also contends that Schepperly illegally reported to the State Division of Criminal Justice that Bierce had resigned after a disciplinary process had begun.  Bierce says the chief is lying because no charges were pending and no Article 75 proceeding had been commenced.  Schepperly’s report to the state resulted in Bierce being de-certified as a police officer, making him ineligible for the chief’s position under the Albra administration.  The plaintiff says that the de-certification was further retaliation against him in violation of his right to free speech as well as punishing him for his political association with Supervisor Albra.

The lawsuit seeks compensatory and punitive damages against both the town and Schepperly along with attorneys fees.

Supervisor Albra was unavailable for comment and Councilman Ori Brachfeld declined to comment on the specifics of the case saying “It would be improper to speak about current litigation.”