GOSHEN – Orange County Executive Steven M. Neuhaus has recognized Village of Walden Police Chief Jeffry Holmes as the Citizen of the Month Award winner for the month of January.

Holmes was honored for his distinguished career with the Walden Police Department and 40 years of dedicated community service. Holmes will retire this summer after 38 years with the Department, including the last 27 years as Chief.

“Chief Holmes is well known for his professionalism and dedication to public service,” Neuhaus said. “He consistently performs his duties with class and humility, which is a main reason that he is so respected in Walden. Everyone knows Chief Holmes and how much he cares about the Village and the people who live there. This recognition is well-deserved for Chief Holmes’ lengthy service to the community and impressive career.”

Holmes, a lifelong Orange County resident, began his career as a part-time patrolman in 1982, moving up the ranks to full-time patrolman, Sergeant and, finally Chief. Holmes has been a D.A.R.E. officer for 15 years. Launched in 1983, D.A.R.E. is a K-12 education program that addresses violence, bullying, internet safety, and other high-risk issues that can be a part of students’ lives.

Holmes has also been active with the Good Will Fire Department in the Town of Newburgh for 43 years and is a past Fire Chief. He also served in the U.S. Army Reserves from 1979 to 2006, earning the rank of Major.

Holmes is also proud of his community service. If there is a club or organization in the Walden-Montgomery area, Holmes is likely an integral part of it or attached to it in some way. He has coached youth soccer in Walden, is a member of the Walden Soap Box Derby staff, the Walden American Legion Post 158, and Walden AMVETS. Holmes has also served on the Board of Directors of the Orange County Fire Museum since 1996 and volunteers at the West Point Museum. He is an assistant Scoutmaster with Boy Scouts Troop 31 of Walden-Montgomery.

Holmes will retire from the Walden Police Department on July 17th of this year. He and his wife of 26 years, Eden, plan on staying in the area. The couple have three children, William, 25, AnnMarie, 22, and Michael, 13. During retirement, Holmes plans to work part-time as a fire instructor at the Orange County Fire Training Center and volunteer at the County’s Fire Museum.

“I’m from Newburgh, but I feel like I have two hometowns,” Holmes said. “My parents and grandparents grew up in Walden, so I was here much of the time. “I’m passionate about community and look forward to staying involved. Law enforcement is all about people and I’ve always believed that we are all part of the same community and need to work together.”

For more information, contact Justin Rodriguez, Assistant to the County Executive for Communications and Media Relations at 845.291.3255 or jrodriguez@orangecountygov.com. 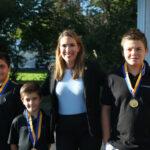 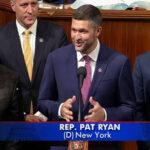 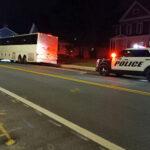