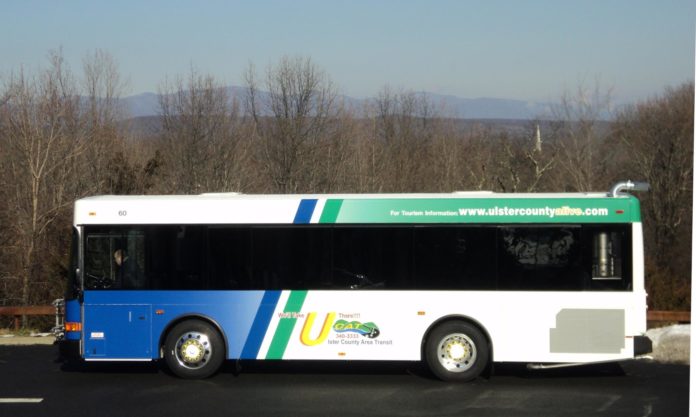 KINGSTON – Residents of the City of Kingston who take the Red, Yellow and Blue routes on Ulster County Area Transit buses will have a free ride for another three months.

When the county took over the Kingston city bus service last summer, the county said it would offer Kingston residents no charge travel within the city until the end of 2019.

The county in partnership with the Community Foundations of the Hudson Valley has extended a grant agreement intended to provide increased access to public transportation in Kingston.

Beginning April 1, UCAT is proposing a base fare of 50-cents on routes in the City of Kingston, a reduction from the $1 charged by the city prior to the consolidation of the two bus systems.

During the fourth quarter of 2019, UCAT carried over 2,000 more passengers on its Red, Yellow, and Blue routes than Kingston Citibus transported in 2018.

SUNY Ulster students will also continue to receive free fares on all in-county routes throughout the duration of the year.