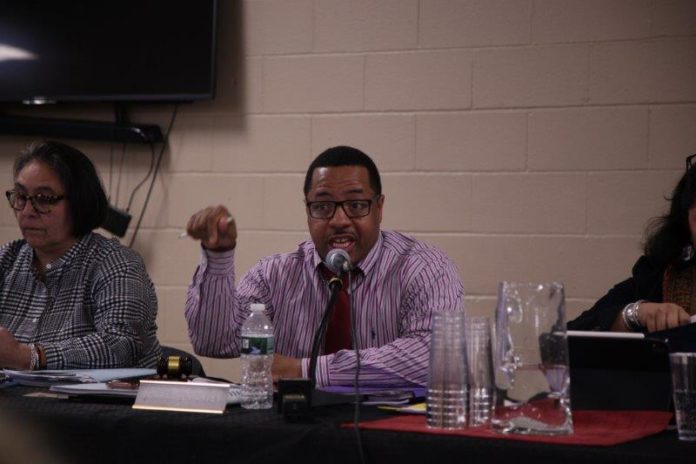 NEWBURGH – By a four to three margin, members of the Newburgh City Council, Monday night, voted to keep prayer off the agenda for council meetings.

Last year, members opted to switch to a moment of silent meditation, which received considerable backlash from Christian clergy.

Mayor Torrance Harvey brought the issue up again early in the new year and clergy once again Monday called for prayer to be reinstated. But, the vote, which came as the last item on the agenda, failed.

Councilwoman Karen Mejia was among those voting no. “My wish, as part of the 2020 mission, would be that we operate out of the mission of love. All of the prophets, from all of the religions, their main foundation is always around love and understanding,” she said. “If that’s the religion that you adhere to, whatever god or goddess you pray to, I hope that that continues to live in your heart.”

Councilman Omari Shakur, who noted he is neither Christian nor Muslim, said “prayer is needed” and he voted in support of bringing it back.

The moment of silent meditation will continue at the beginning of council sessions now that the prayer vote failed.