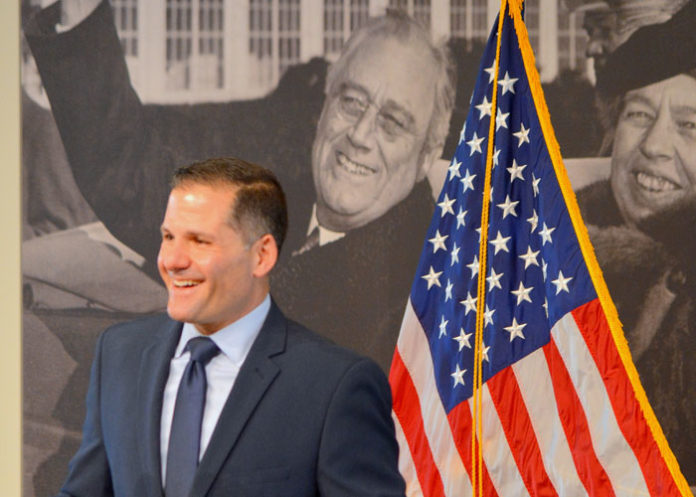 POUGHKEEPSIE – Republican Dutchess County Executive Marc Molinaro is not ruling out a run in the future for higher office.

In November 2018, he ran unsuccessfully against Democratic Governor Andrew Cuomo.

This past week when Cuomo presented his state-of-the-state message, Molinaro responded with a news release on his campaign instead of county letterhead.

That begged the question, is he setting the stage for another run for the state’s top job or perhaps challenge Democratic Congressman Antonio Delgado (D, NY-19)?

Molinaro started his political career at age 19 in the Village of Tivoli, later became a county legislator and state assemblyman prior to running for county executive.