PORT JERVIS – When the new Tri-State Bridge leading into Port Jervis over the Neversink River is dedicated, it will be named for the late City Councilman Frank Bell.

Mayor Kelly Decker noted Bell was a driving force in getting the new structure funded and built. “He really wanted to stay on and to make sure that that bridge and road widening happened and his passing was even more of a drive for myself and the council to make sure that happened. It is just a perfect fitting to name the bridge after him,” the mayor said.

The temporary bridge that was erected after the old one was dismantled, was being deconstructed recently. 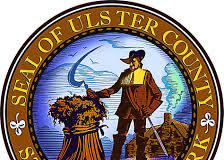