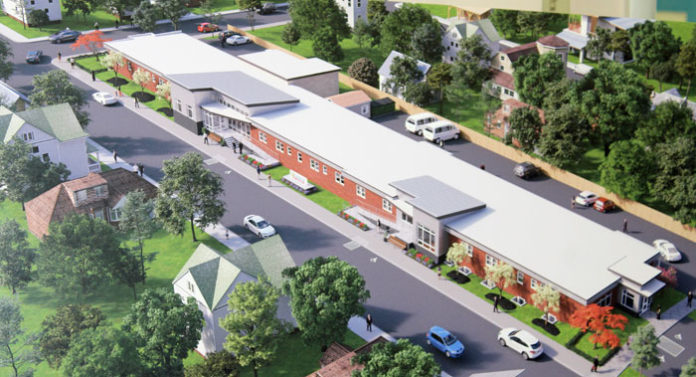 PORT JERVIS – Santa came to Cornerstone Family HealthCare in Port Jervis on Friday with a $3.75 million Christmas present. The jolly old man in red is actually the State Health Department and the money will be used to upgrade and modernize the agency’s western Orange County facility.

Cornerstone Chief Operating Officer David Jolly said once the facilities are improved the same services will be provided as they are now.

“Pediatrics, family medicine, dentistry, behavioral health, our WIC program will all stay right here. So that’s what we will be offering on-site; everything that Port Jervis has come to expect from us we will just amplify and make better,” he said.

The building on Hammond Street, constructed in 1959, was initially a hospital. Mayor Kelly Decker said it comes with a lot of personal history.

“This is the hospital that I was born in as Doctors Sunnyside Hospital. My father was an administrator here. My mother was a nurse here. My sister was in the emergency room,” he said.

Decker praised Cornerstone for its continued healthcare support for the community.

State Assemblyman Karl Brabenec said the redevelopment of the Cornerstone facility in Port Jervis is part of the “ongoing renaissance of this great city.”

Cornerstone had taken over the Port Jervis facility two years ago when it purchased the assets of Middletown Family Health Center, which operated the center for eight years.

Large crowds and road closures for Poughkeepsie protest on Tuesday

Large crowds and road closures for Poughkeepsie rally on Tuesday