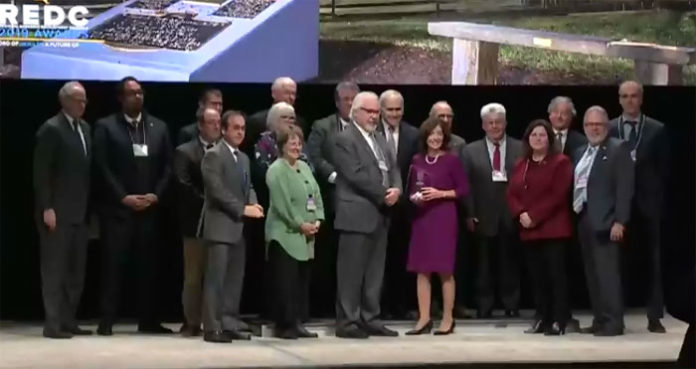 ALBANY – The Mid-Hudson region has been awarded $65.8 million in this latest
round of the state consolidated funding program. A total of 105 projects will
benefit from the state funds. MHREDC Award Booklet

Since the program began nine years ago, the region has received $648
million for 815 projects with a projected 6,000 jobs created. Grants run from as low as $18,000 to as much as $5 million. Lt. Governor Kathy Hochul told an Albany awards ceremony on Thursday that New York is on an upward curve and there is no turning back.  “There a sense of optimism that didn’t exist for literally 40 years in the State
of New York. It is a sign of a comeback and you have all played an
exceptional role,” she said.

State Assemblyman Jonathan Jacobson (D, Newburgh), who was in Albany for the
grant announcements said they will boost the region’s growth.  “These are things that when you develop certain projects, there is a ripple effect because when you spend money on the Walkway Over the Hudson, it helps the area around it,” he said. “When we renovate the old Liberty Street School (in Newburgh), it’s going to help that whole neighborhood as well as produce jobs. So, all these different projects, the Bow Tie Cinemas is going
to mean a lot of jobs for local people, because that is who is going to work
these jobs.”

Grants range from a low of $18,750 for Arm of the Sea Productions in Ulster
County to $5 million for sanitary sewer work in the Town and Village of Harrison.