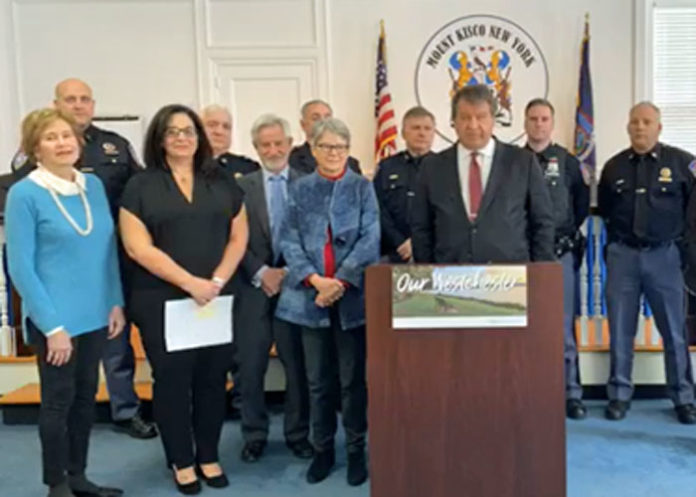 MOUNT KISCO – Westchester County Police will continue to provide municipal police services to the Town and Village of Mount Kisco under a renewed five-year contract that runs through 2024.

County police have provided patrol and investigative services to Mount Kisco since June 2015 when 24 members of the local police department were consolidated into the county police. Since then, the partnership has saved Mount Kisco taxpayers several million dollars and put more patrol officers and supervisors on the street.

The cost of the contract is $6.6 million in the first year with annual cost going forward adjusted following a review both both parties to reflect any increased costs associated with providing the service.

Public Safety Commissioner Thomas Gleason said the contract renewal was a vote of confidence in the county police and the job it has done in Mount Kisco.