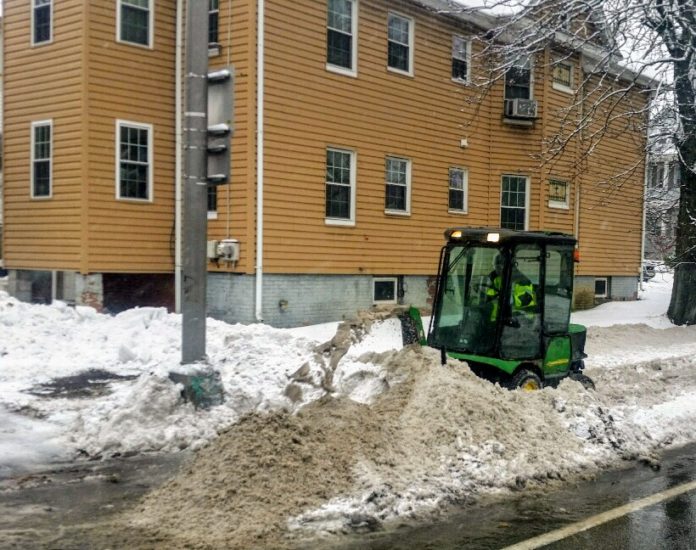 MID-HUDSON – The winter storm that began with sleet and ice on Sunday ended with over a foot of snow dumped on the region by the time it ended Monday night.

There were several accidents, some overturned vehicles, and others clogging roadways.

One fatality was reported, that being a snowmobile accident.

The weight of snow and ice brought down power lines, knocking off electric service to many in the region. The snow also brought down trees, some blocking roadways.

Snowplow crews were kept busy clearing the roads and streets and the intensity of the storm grew Monday night before it tapered off.

While schools were closed on Monday, some have delayed openings today and you are advised to check your school’s website or Facebook page to determine the status of classes.