POUGHKEEPSIE –  October is Domestic Violence Awareness Month and Poughkeepsie’s Grace Smith House (GSH) is having a parade to call attention to domestic violence.

On October 19, participants will begin lining up at Pulaski Park at 10:30 a.m. with the parade stepping off at 11 a.m. and head to the post-parade celebration at Waryas Park.

Participation in the fourth annual Grace Pumpkin Parade is free and, according to GSH Community Development Coordinator Nina Schutzman, participants are encouraged to wear their “creepiest costumes and march with festive floats from Pulaski Park to the waterfront at Waryas Park.”  Schutzman noted that the festivities at Waryas Park will include music, costume contests with prizes, free hot dogs and cider, along with fun photo opportunities.  The photographer has donated his time and services to GSH for the event.

Marjorie Smith, parade committee chair woman and GSH board member said “We’re always excited to see all of the happy faces in fabulous costumes celebrating healthy relationships.”  Smith has a long history of preventing domestic violence dating back to her many years of service as a prosecutor in the Dutchess County District Attorney’s Office.

Smith has been promoting the parade at various events including the last two First Friday celebrations and was easily visible as a result of her donning an elaborate witch costume.  As for the upcoming parade, Smith touted the inclusiveness saying “We welcome and encourage participants of all ages and abilities, humans with their costumed furry family, floats, and teams of every kind.

Grace Smith House relies on the support of many organizations and community members to make the event a success.  One such supporter is the office of Dutchess County Sheriff Adrian “Butch” Anderson and his staff.  Jason Mark, chief deputy of the department, calls the parade “an incredible event.”  He said their commitment extends from raising public awareness, to conducting investigations in our trauma-informed interview room, to our involvement with numerous domestic violence committees and initiatives.”

According to data provided by Grace Smith House, one in three women and one in four men have experienced some form of physical violence by an intimate partner.

In Dutchess County, police responded to 3,816 domestic violence-related incidents in 2018.

Dutchess County Executive Marcus Molinaro has recognized the need for services offered by Grace Smith House and is seeking to increase funding to the agency.  Molinaro plans to allocate an additional $30,000 in 2020 to GSH to expand counseling, provide family advocacy, and expand Latina outreach.

Additional information about the parade and participation can be found at www.gshpumpkinparade.org 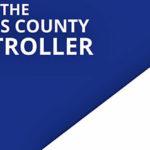 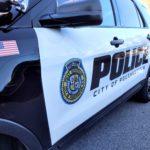 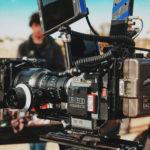 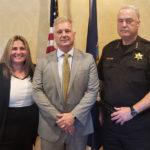