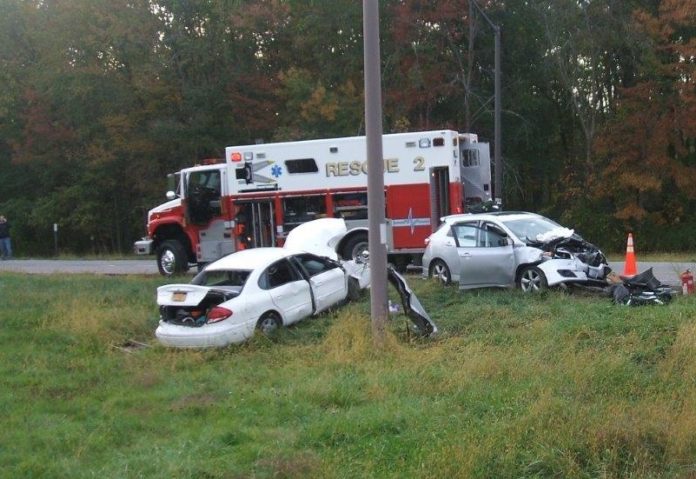 EAST FISHKILL – A three-car crash on the Taconic State Parkway in East Fishkill Tuesday evening resulted in the death of one of the drivers.

State Police identified the victim as William Faint, 62, of Yorktown.

Troopers said he was driving a Ford Taurus traveling east on Carpenter Road and failed to yield the right of way to two vehicles southbound on the Taconic as he attempted to cross the parkway.

His car was struck by a GMC Sierra and a Toyota.

Faint’s car spun around striking a utility pole coming to rest. He died at the scene.

The driver and passenger in the GMC truck were not injured, but the two people in the Toyota, the driver Rachel Rosales, 60, of New York City, and her passenger, Mary Nessinger, both sustained non-life-threatening injuries and were transported by ambulance to Vassar Brothers Medical Center in Poughkeepsie.