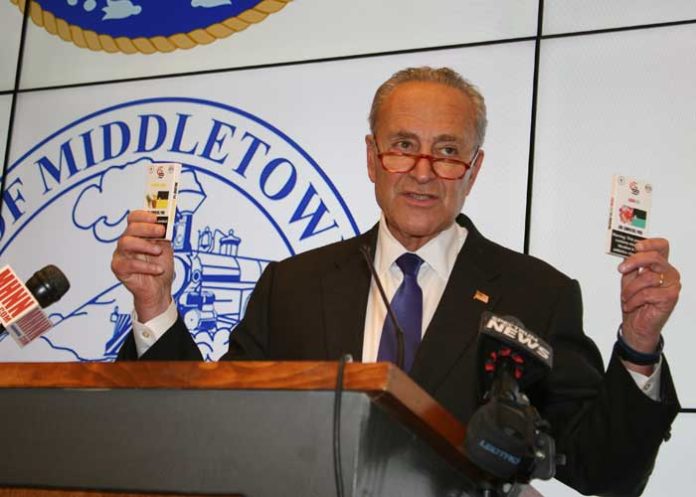 MIDDLETOWN – Saying e-cigarette manufacturers are targeting their dangerous vaping products to children, US Senator Charles Schumer came to Middletown High School on Tuesday to announce his support for a federal ban on flavored e-cigarettes.

Superintendent of Schools Richard Del Moro called vaping, aimed at kids with product names like “Captain Crunch,” a “crisis across our country.”

Nineteen people have died across the country from vaping, the most recent one, a 17-year-old in the Bronx on Tuesday.

Schumer said the instance of young people vaping is on the rise and that is attributed to the marketing of the products.

“I have friends that vape and they have a very bad cough, they are not motivated either and they just want to hang out and cut school and drink and vape and it’s just not healthy; it’s not good,” she said.

Schumer is also supporting an effort for all federal health and human services agencies to band together and launch an advertising campaign pointing out the ills of vaping.