KINGSTON – In the wake of a report, which said Ulster County Legislator Hector Rodriguez (D, New Paltz) allegedly harassed and hit on women who had contacted him in regard to county matters, Legislature Chairwoman Tracey Bartels announced on Monday that she “dismissed him from committee membership within the restrictions of the legislative rules effective immediately.”

She said sexual harassment “of any kind is unacceptable and will not be tolerated in our county.”

As chairwoman, Bartels received the complaints in late March and in accordance with the county’s sexual harassment prevention policy, she forwarded them to the personnel department for investigation. 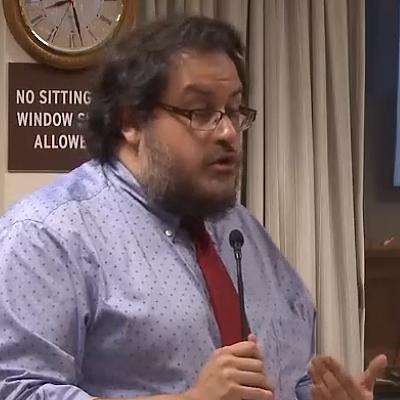 The conduct reported from the investigation is “deeply disturbing,” Bartels said. “The credible complaints described are clear violations of the county’s policy. I am especially sensitive to Mr. Rodriguez’s constituents who may have been alienated from participating in the work of the legislature as a result of his actions, as well as the women who were the direct victims of the described harassment.”