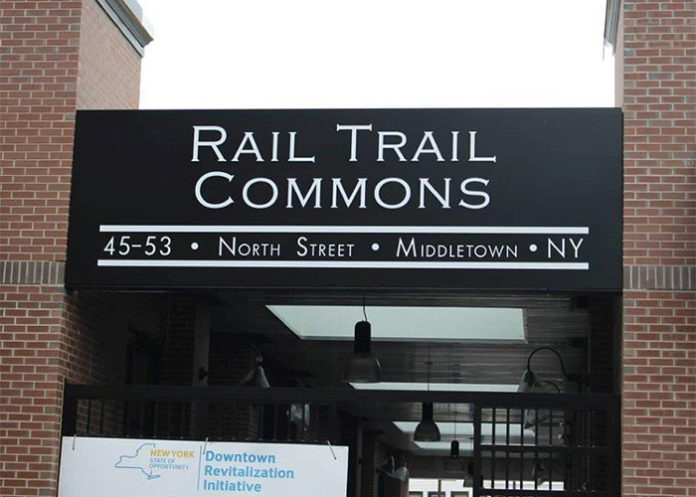 MIDDLETOWN – Anyone driving through North Street in downtown Middletown will see the progress being made on the new Rail Trail Commons, the home to three new businesses in final stages of construction.

Signs have been installed heralding the new urban shopping mall in space that used to house the Woolworth store decades ago.

Mayor Joseph DeStefano said they expect the businesses to be open well in advance of the December holidays.

“The city’s portion of the redevelopment of the building should be done fairly soon and the businesses are all working on their renovations and we are hoping sooner rather than later; that would be the scheduling done by them when to open their businesses,” DeStefano said. “But, we are very happy with the outcome, the look; the signs are up, the parking lot will be paved, I believe, this week. It’s all coming together hopefully October-November.”

The three businesses to locate in the Rail Trail Commons are Farmer & Baker, Painted Horse Chocolates, and Oak & Reed restaurant.