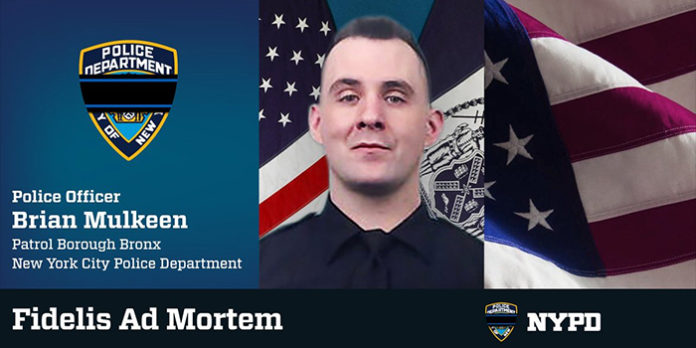 MONROE – The wake for NYPD Officer Brian Mulkeen, 33, who was shot and killed by friendly fire while investigating gang activity, will be held on Thursday at Smith, Seaman, and Quackenbush Funeral Home in Monroe.

The funeral mass will be held on Friday at 11 a.m. at Sacred Heart Church in Monroe. Thousands of fellow officers from around the state are expected to attend the funeral. Traffic advisories have been posted for Friday in the Monroe area.

Mulkeen was a member of the NYPD for nearly seven years. His girlfriend, Sherry, with whom he had recently purchased a house in Yorktown Heights, is also a New York City police officer.

His family paid tribute to Brian calling him “simply a remarkable human being – the best person in the world to have in your life.”

He is also survived by his parents, Camille and Brian, sister Erin, and brother, Eric.