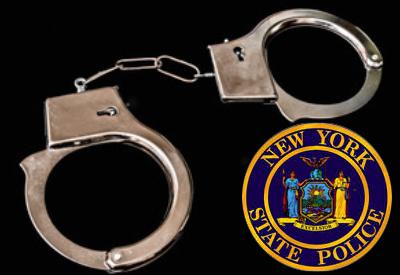 MONTGOMERY – A traffic stop on Interstate 84 in the Town of Montgomery on Tuesday afternoon led to the arrests of the two people in the car.

A probable cause search of the car yielded several hypodermic needles containing heroin residue, a black plastic bag hidden under the rear passenger seat containing over $5,000 in cash, plastic bags with THC and marijuana products in the trunk and a semi-automatic pistol with two large capacity ammunition magazines hidden in the spare tire compartment under the spare tire.

Two killed as plane crashes into house in Dutchess County