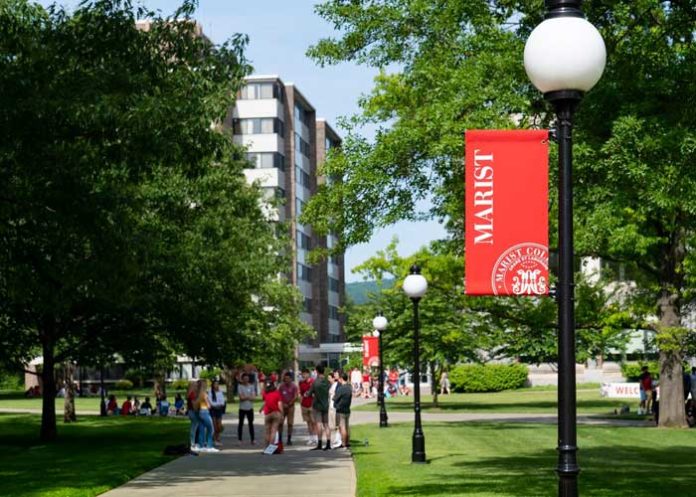 POUGHKEEPSIE – Marist College has once again been recognized as a top ten Best Regional University-North in the 2020 U.S. News rankings released today. The College was also noted in other key categories for innovation, teaching, and value.

U.S. News also cited Marist as the #5 Most Innovative School among Regional Universities-North. This ranking was developed based on surveys of top academics—college presidents, provosts, and admissions deans—who were asked to nominate the schools making the biggest innovative improvements in all aspects of their institution. The College has many innovations to its credit:

In the same regional category, Marist was also noted for Best Undergraduate Teaching with a ranking of #8. “Being ranked among the best regional universities is extremely gratifying and is a testament to our dedicated faculty, staff, and motivated students,” said Sean Kaylor, Vice President for Enrollment, Marketing, and Communication. “We are focused on student success. Our emphasis on quality teaching, hands-on educational experiences, and a global perspective really makes Marist a compelling choice.”

The combination is working: the College has an impressive 84 percent six-year graduation rate—substantially higher than the 66 percent national average for private institutions and the 59.7 percent average for public universities.

The full listing of U.S. News rankings for 2020 can be found here.