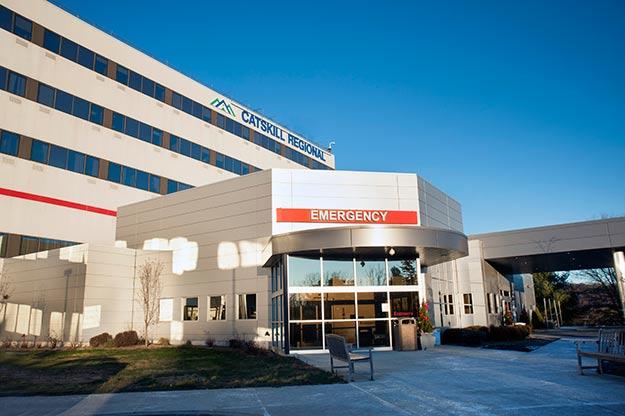 UPDATE: POLICE RADIO REPORTS INDICATE THE SUSPECT BEING SOUGHT BY POLICE HAS BEEN APPREHENDED IN MONTICELLO. He was arrested for allegedly making threats to law enforcement.

MORE DETAILS AS THEY BECOME AVAILABLE.

Police radio reports indicated they were looking for an armed subject who may have been in the area.

“Out of abundance of caution, we have taken appropriate security measures for the safety of our patients, visitors, volunteers and staff,” said hospital spokesman Rob Lee.

“In response, Emergency Management quickly put the Harris and Callicoon Campus on lock down and closed all Catskill Regional Medical Group Urgent Care and Primary Care locations which include Monticello, Bethel, Callicoon and Livingston Manor,” he said.

This is an active police investigation. He said their emergency management, security and executive teams remain vigilant in monitoring the situation.

All hospitals are conducting normal business and updates will be provided as more information becomes available.