Ann Ellsworth, executive director of the Putnam Women’s Center in Mahopac, told the county legislature’s Health, Social, Educational and Environmental Committee that in 2018, more than 1,800 clients were aided by the non-for-profit including 170 men and boys.

Ellsworth assured Legislators Toni Addonizio, who chairs the committee along with fellow Legislators Amy Sayegh, Paul Jonke, Nancy Montgomery, Carl Albano, Joseph Castellano and Neal Sullivan who were also in attendance, “Domestic violence will continue unless the world decides it will no longer tolerate spousal abuse. Relationships must become safe with people leaving when they want to. Until the day comes when control is no longer a primary cause of abuse, we will fight.”

All services provided by the center are confidential. Ellsworth’s staff consists of five client advocates including three of whom are bilingual, seven case managers along with a number of licensed therapists and social workers.

Ellsworth, who has led the center for the past 13 years, noted she and her staff “create opportunities and safety for clients to heal including the operation of a shelter that allows victims of domestic violence to remain for up to 180 days.”

The center, which will soon be expanding a satellite office in Putnam Valley, provides not only victim advocacy but a wide variety of clinical services including individual counseling, child and adolescent counseling, crisis intervention and a sexual assault nurse program.

Domestic violence also affects business and the economy since one in five employed adults is a victim and women make up 46 percent of the workforce resulting in eight million lost work days nationwide or $2 billion in lost wages and $4 billion spent in medical and mental health care costs due to the epidemic.

The Putnam District Attorney’s Office recently reported one in three women is physically assaulted by a partner at least once in adulthood while 55 percent of all female homicide victims are killed by a spouse or partner.

Last year, police across New York State reported more than 800 homicides of which 199 or nearly 20 percent were domestic violence related.

The center is sponsoring its First Walk to End Domestic Violence at the FDR State Park off the Taconic State Parkway in Yorktown. The event takes place on September 22. 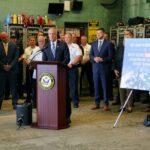 Man who called woman an ‘Asian bitch” and severely beat her, pleads guilty to hate crime 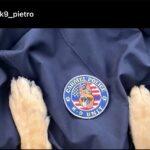