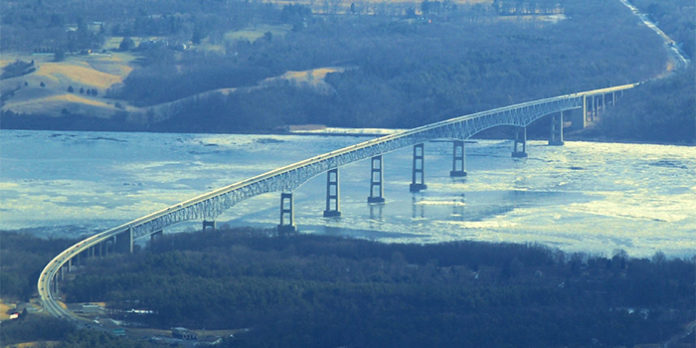 KINGSTON – Construction is underway on a new pedestrian path over the Kingston-Rhinecliff Bridge, which will be connected to the Empire State Trail network later this year.

The standalone path is expected to be completed in early fall.

A four-foot pedestrian walkway is being built on the south side of the bridge, separated by a three-foot high jersey barrier. The walkway will be ADA compliant, with passing zones and turnarounds every 200 feet.

Bicyclists will continue to be required to use the shoulders of the road.

A pedestrian crosswalk will also be installed at the intersection of Route 199 and River Road.

When completed, speed limits on the bridge will be lowered from 40 mph to 35 mph.

Parking will be available for trail users on both sides of the bridge.

The walkway will be open from dawn to dusk.

By the end of 2020, the path will be part of the Empire State Trail, a network of on- and off-road trails going from New York City to the Canadian border and from Albany to Buffalo.

Lyme disease is out of control, officials say