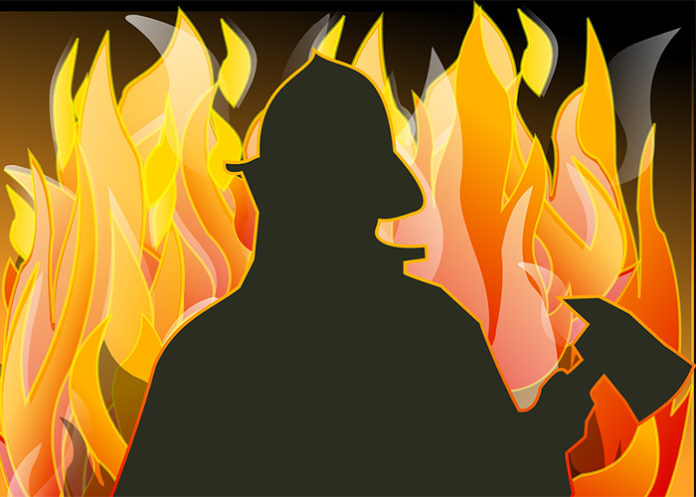 BEEKMAN – A two-alarm fire sent a firefighter to the hospital and displaced several people in a Sunday night fire.  The fire at a multi-family dwelling at 1000 Beekman Road in Beekman was reported to 911 dispatchers shortly after 9 p.m. Sunday night.

First responding Beekman firefighters encountered heavy flames engulfing the first and second floors on one side of the house.  A second alarm was sounded, bringing additional firefighters and apparatus from the East Fishkill, LaGrange, and Pawling Fire Departments, according to Beekman’s Chief, Greg Rayburn.     Once inside, firefighters’ efforts were hampered by the layout of the four apartments.

Rayburn said “it was a difficult fire on the first and second floors but all departments worked well together to put it out.”

The Dutchess County Fire Investigation Division was summoned to the scene to determine the cause and origin of the blaze which has yet to be determined.  The American Red Cross was notified to assist the displaced residents.