FALLSBURG – School districts across the country have hardened their security in recent years in light of gun violence, but the Town of Fallsburg is adding one more layer to its effort to combat threats.

The town has contracted for the OnGuard program from Rekor Systems, Inc. for the protection of  school district.

Among its components is the placement of stop-arm video cameras to capture images of violators who pass stopped school buses when their red lights are on and the arm is out.

Fallsburg Town Supervisor Steven Vegliante said the town is working with the school district on the beta testing project.

The cameras will be installed on five buses initially and the program will be assessed after three months. 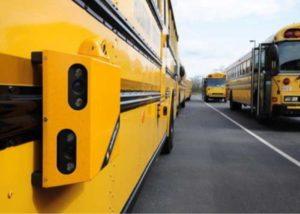 It also has an access control and parking management program with automatic license plate reader cameras allowing schools to monitor vehicles entering and exiting its lots with the ability to upload approved or blacklisted vehicles. That will give the district the ability to flag suspended students, known pedophiles or other non-permitted individuals who may drive on or near a campus.