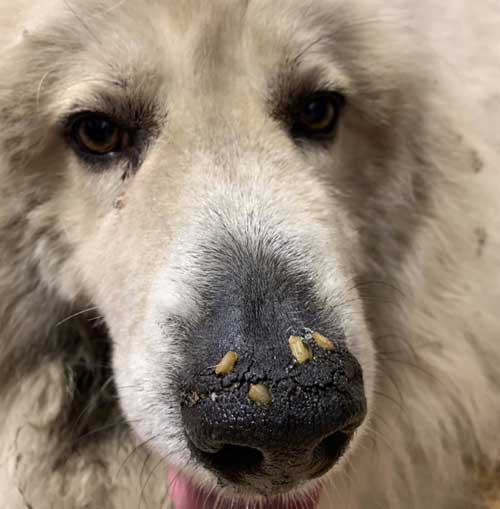 TOWN OF KENT – A local man has been arrested by the Putnam County SPCA Humane Law Enforcement Department for severe animal cruelty/neglect of his Great Pyrenees dog. Following investigation, the owner, Omer Fahim, 30, of Dean Road in Kent, was arrested.

The dog, a four-year-old male, was picked up by the Kent dog control officer after finding it walking loose several times in the past,

Because of the dog’s condition, the officer took it to Carmel Animal Hospital after picking it up on Saturday, July 13.

The dog had large amounts of fecal matter in its coat, thick mats constricting its ability to produce waste and urine-soaked matting that constricted its ability to urinate. Maggots were

The dog is under veterinarian care and will be placed with a Great Pyrenees rescue group after continued vet care.