GOSHEN – The Education and Economic Development Committee of the Orange County Legislature held a meeting on Monday regarding the commemoration of the Semiquincentennial of the Declaration of Independence, an update on ongoing economic developments, and a budget proposal for SUNY Orange.

In 2016, Congress passed a resolution that the country as a whole will celebrate the Declaration of Independence in 2026, according to County Historian Johanna Porr. “I’ll be organizing the roundtable discussions and the planning process for the Semiquincentennial in the Hudson Valley,” Porr said. “In those discussions, one of the major concerns people around New York State had was that it doesn’t seem right for us to just celebrate one day. So, on the state level, we all wanted to celebrate all eight years of war and not just that one date.”

William Fioravanti, the director of economic development, also provided the committee with an update on developments occurring in the area. Foreign Trade Zone (FTZ) #37 was the main topic during his time at the meeting, which can reduce or eliminate duty on imports.

“When goods come into our FTZ, they are still in international space,” Fioravanti said. “They have not yet come into the United States, which is why they’re not forced to pay duties right off the bat.” The use of FTZs around the country have provided employment to over 420,000 people and brought over $800 million in commerce.

Although it’s considered international commerce, it is regulated by the local and federal government. Some benefits of an FTZ can consist of inverted tariffs and duty exemptions.

SUNY Orange President Dr. Kristine Young, along with Fred Watson, chairman of the college board of trustees, had proposed a reset of the college’s budget. They had asked the committee for $2.8 million to be given to them in one or two years toward the budget. Since last year, the budget has risen by 2.1 percent. 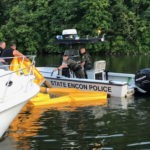 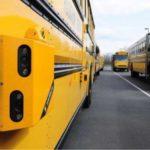 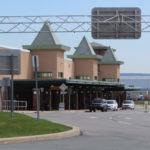 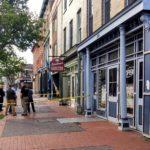 Arrest made in Saturday morning murder 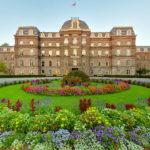