KINGSTON – Single-use plastic bags will become a thing of the past effective on Monday.

The ban is several months ahead of a statewide ban, which kicks in next year.

The county legislation completely bans the distribution of single-use plastic bags at the checkout of any business, different from other iterations of the law elsewhere where there is a tax on plastic bags rather than a ban.

Also, the county’s legislation is unique in that it has a hybrid element that includes a fee of five cents minimum for paper bags at checkout. The money gained from the fee; however, stays within the stores.

Ulster County Executive Patrick Ryan said on Friday that the county’s goal with the legislation is to encourage people to go reusable, having multi-use bags for shopping become an item one brings everywhere as a matter of habit, like a cellphone, wallet, or car keys.

“Changing each one of our regular behaviors and making that the norm, the idea that that’s just something that you always have with you, that you have in the back of your car, or that you stash in a few different places- that’s what I ask every single person in the county to do,” said Ryan. “This is one of those rare examples where each one of us individually can actually have a role and be empowered to change the situation.”

County officials said that other places that have implemented a bag fee show overwhelmingly that people will opt to use re-usable bags on their own, rather than pay.

Enforcement of the legislation will be overseen by the county initially, with first warnings, then fines being issued for violations afterward. 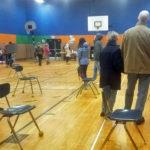 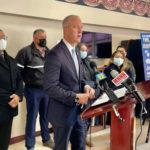 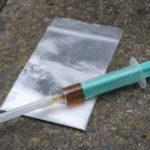