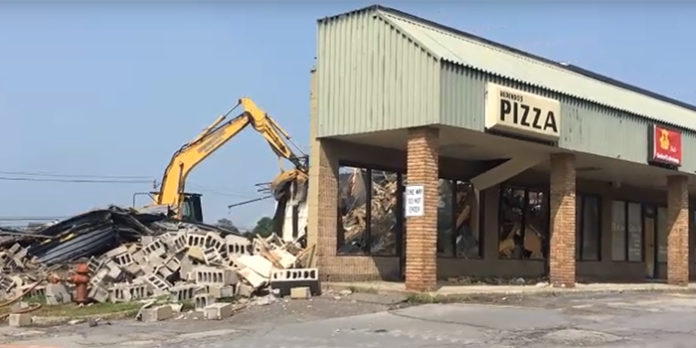 GOSHEN – The old Goshen Plaza shopping center is being demolished to pave the way for a new $27 million shopping mall to be developed by new owners of the property.

Orange County Economic Development Director William Fioravanti said the new facility will be a much needed amenity for the community.

“I usually don’t get too excited about shopping plazas but this one is very important. I moved to Orange County about 20 years ago and the Grand Union was just closing shop and Goshen has been unable to attract a grocer since then,” Fioravanti said. “I think right now the stars aligned.”

The mall developers said they are very close to inking a deal to bring a supermarket to the new mall.

A new CVS pharmacy replacing the old one, is part of the project.

Construction of the full new mall will take about two years.