PORT JERVIS – Nicholas McKeon was only 22 when he died one week ago, but family and friends said he live a full, but short life.

He was eulogized during services at Knight-Auchmoody Funeral Home in Port Jervis on Friday.

McKeon was killed as he slept in front of the Port Jervis Ambulance Corps garage bay before dawn on Sunday, June 23. A Port Jervis Volunteer Ambulance Corps crew, responding to an emergency call, pulled out of the garage, didn’t seek McKean in the dark, and ran over him, killing him.

McKeon was described as dedicated to the community and the wellbeing of its residents.

He was a member and past president of Delaware Engineer Co. #2 of the Port Jervis Fire Department and a former member of Howard Wheat Hose Co. #4.

Following funeral services, he was buried in St. Mary’s Cemetery in Port Jervis. 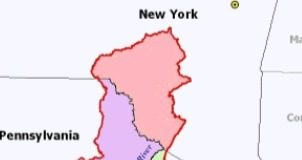