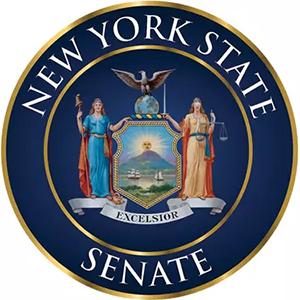 ALBANY – Legislation sponsored by State Senator James Skoufis (D, Woodbury) related to the definition of fentanyl in the public health law has passed the state Senate.

Fentanyl-like drugs that mimic the effects of fentanyl, but have different chemical structures, are increasingly being sold to individuals in this state, he noted. These “synthetic” fentanyl drugs have life-threatening health effects similar to or greater than fentanyl but are not at all regulated by existing law.

“I’ve heard one too many times from my constituents about the opioid deaths of their loved ones,” said Skoufis. “Right here in my Senate district, synthetic-fentanyl and opioid related deaths continue to plague families and tear at the fabric of our communities; this is why we must be steadfast in our approach to combating this epidemic. This bill addresses deficiencies in state law and gives prosecutors stronger ability to take action against those who threaten the health of our communities by dealing atrocious fentanyl-like drugs. I’m confident that closing this loophole will prevent dealers from being able to get away with this and I urge the Assembly to pass this before the end of session.”

“Under current New York State law, dealers in fentanyl analogues are always one step ahead of law enforcement,” said Orange County District Attorney David Hoovler. “Drug dealers can skirt the law by making simple changes in the chemistry of fentanyl, making those substances immune to regulation under the State’s Public Health Law. We wholeheartedly support this legislation, because it closes a dangerous loophole in the regulation of substances that are responsible for the deaths of many of our citizens.”

The bill goes to the Assembly.

DCSO motorcycle ends up in middle of Poughkeepsie street