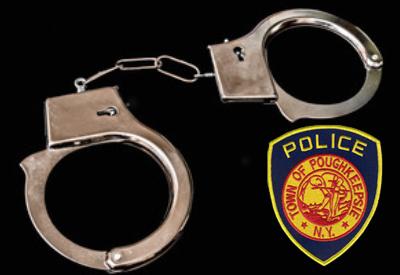 POUGHKEEPSIE – A Town of Poughkeepsie man was arrested on Friday following a complaint of a man sleeping behind the wheel of their car at the intersection of Main Street and North Grand Avenue in Poughkeepsie.

Town Police located the vehicle with Rondell Barksdale, 26, who appeared to be asleep behind the wheel.

Investigation revealed he had 17 driver’s license suspensions and was in possession of over three grams of crack cocaine, several cell phones, a scale, individual packaging material, and marijuana.

Barksdale was charged with criminal possession of a controlled substance and aggravated unlicensed operation of a motor vehicle, both as felonies, and unlawful possession of marijuana.

Protesters denounce need for new jail in Dutchess just before it...

Pursuit in Chatham ends with suspect vehicle hit by train

Decision on school openings will be made first week in August

Catholic Charities receives $10,000 grant to provide help and hope for...