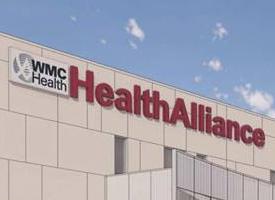 Doyle, a resident of Cornwall-on-Hudson, will work to improve the health of the community and advance an integrated delivery system in which patients have seamless access to care in the Hudson Valley communities where they live.

Doyle will also be an integral part of HealthAlliance’s $134.9 million transformation and expansion project, in which HealthAlliance will consolidate the two hospitals in Kingston into a  21st century single-campus hospital of first-class healthcare delivery and create a health village to provide preventative and primary care services in one convenient destination.

Doyle has more than 27 years of healthcare experience focused on hospital leadership in military and civilian hospitals in the United States and overseas.

“Michael Doyle has a long track record of improving operations and clinical processes while always focusing on the patient,” said Robert Ross, executive vice president, Northern Region, WMCHealth. “I had the pleasure of working with Michael in the past and look forward to welcoming him to HealthAlliance.”

Doyle is a graduate of the United States Military Academy at West Point, completing his medical education at the Uniformed Services University of the Health Sciences and Walter Reed Army Medical Center. He also received an MBA from Pacific Lutheran University in Washington.  Doyle served in the U.S. Army, providing clinical and operational leadership at military hospitals in Washington, New York and abroad in Germany, as well as in combat hospitals in Afghanistan and Bosnia-Herzegovina.  Doyle retired from the military in 2013 at West Point, where he served as deputy commander of Keller Army Community Hospital.