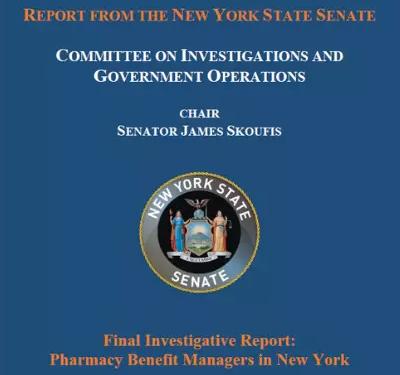 Chief among the findings of his investigation was those companies had very little oversight and need more accountability.

“From the state comptroller expanding an audit to determine just how much money, how many tens, if not, hundreds of millions of dollars PBMs are skimming off the top as the prescriptions and medicine move through the process, to passing legislation that would require PBMs to disclose those figures – how much money they are making off the backs of taxpayers on the Medicaid side and policy holders on the private insurance side,” the senator said.

The investigative team held several meetings with representatives from three PBMs – CVS Caremark, ExpressScripts, and OptumRx – regarding the requests, investigatory scope, and potential voluntary actions by the PBMs to adjust industry practices to better serve consumers.

Skoufis’ investigation was in coordination with Senator Gustavo Rivera, chairman of the Senate Committee on Health.