Organizers estimate that close to 40,000 people walked up and down Broadway and Liberty Streets between the festival’s opening at noon and the end of the final musical performance at 10 p.m. In 2018, over 22,000 people spend at least part of their day at the festival – up from just under 17,000 the year before.

“Saturday once again proved Newburgh Illuminated to be THE Hudson Valley event of the year,” said organizing committee Chairman Paul Ernenwein. “In an age of separation of people and division of interests and time together, Newburgh Illuminated has truly celebrated the city’s spirit with something for everyone, with festival goers of all ages, backgrounds, experiences and communities truly enjoying and celebrating a day together.”

Newburgh native and Grammy-nominated performer, Pardison Fontaine – who has co-written chart-toppers with artists such as Cardi B and Kanye West – opened his set by stressing his pride in being able to call Newburgh home.

“How many people here were born in St. Luke’s [Hospital]?” he asked the cheering crowd. He later invited people from the audience to join him on stage.

In addition to other Newburgh native performers like poet/rap artist Decora, the soulful Funk Junkies and poetic R&B singer Tamy Stevens, another 40 bands, 160 street performers, and almost 40 dance troops performed throughout the day. There was also a fashion show featuring local designers and models, a flash mob performance of Michael Jackson’s “Thriller,” 60 artists displaying their work, events and activities just for children from noon until 5pm at Washington’s Headquarters and 195 vendors on hand showing off community-based products and services and selling crafts and food.

David De Leo, organizing festival co-chair, acknowledged the effort and dedication of the City of Newburgh’s Department of Public Works, police and fire departments to help keep the streets tidy, maintain clear exit and entrances and address all crowd safety concerns during the event.

“Celebrating every creative spark the city has to offer, Newburgh Illuminated was electrifying in every way.” De Leo added.

The festival was the brainchild of former Newburgh mayor, Judy Kennedy, who passed away in April of 2018. In her honor, Newburgh Free Library director Chuck Thomas was presented with this year’s Judy Kennedy Citizen’s Award for community activism and dedication.

Put together by a team of hard-working volunteers, planning for Newburgh Illuminated 2020 will begin in July and a call for more volunteers interested in assisting with next year’s event will be initiated soon after.

For more information about the festival, log onto www.newburghilluminatedfestival.com. 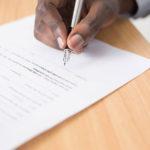 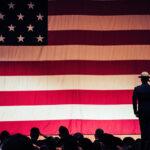