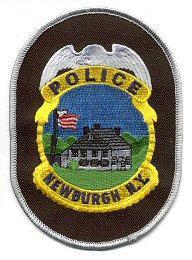 NEWBURGH – The Newburgh City Council has approved creation of a police substation at 39 Johnston Street. Chief Douglas Solomon said it will be “a homerun” for that area.

The chief said plans for the new facility are a work in progress.

“I want to be able to deploy our bike officers out of that substation, maybe have the police cadets make some use out of it,” he said. “The possibilities are endless and I think it will be sort of an organic process on where things take us once we get it occupied. I think it is going to be really good for the neighborhood. We have had some issues in that area. I think it’s a home run for us, without a doubt.”

On another note, Solomon said Broadway police foot patrols will begin next week.

Man who fought with Orangetown Police is indicted