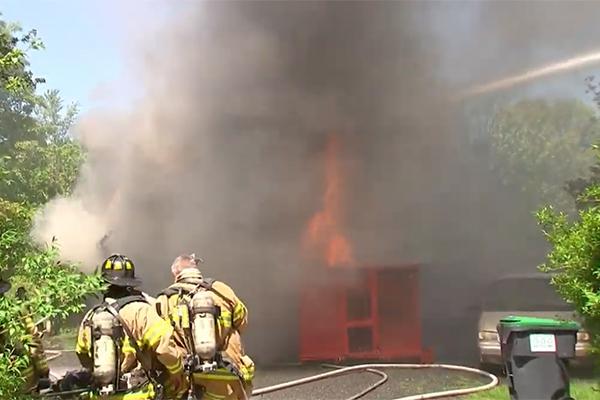 CIRCLEVILLE – A fire that began in a large construction dumpster outside a detached garage at 414 Last Road in Circleville spread to the structure that houses a number of antique cars dating back to the 1920s. They were all destroyed.

The fire broke out just before noon on Sunday and quickly spread to the adjacent building, said Chief Walter Szulwach.

“The homeowners told me they heard some banging and popping in the front of the house originally in the dumpster area and when they came outside, the whole front of the building was fully involved. The extent of the damage is extreme. Everything in the building is destroyed. There is nothing salvageable in the building.” Szulwach said the cause of the fire remains under investigation.