The 95-year-old Putnam County resident who grew up in the Bronx and enlisted in the military at the age of 11 in 1942, was recognized along with his late brother, Herbert D’Alessandro whose widow Joan accepted the award posthumously.

The Putnam County Composite Squadron of the Civil Air Patrol under the direction of Major Elena MacDermant, commander of the local squadron, told a small gathering at the Putnam Bureau of Emergency Services Operations and Training Center, 200,000 men, women and teenagers from all walks of life participated in the Civil Air Patrol during the war years from March 1942 to August 1943, flying 24 million miles over the Atlantic and Gulf coasts in order to ward off German U-boat attacks against U.S. shipping.

“Civil Air Patrol members patrolled the country’s borders by air, vigilant for potential saboteurs in addition to watching for forest fires, conducting search and rescue missions while providing disaster relief and emergency transport of people. Sixty-five members of the patrol lost their lives in the line of duty by the end of the war,” said MacDermant.

The D’Alessandro brothers always had a keen interest in flying and airplanes. They joined the Civil Air Patrol in 1944 becoming cadet members.

Raymond told the audience that the Civil Air Patrol trained him to be a pilot. “I trained on single engine aircraft with duel controls out of Floyd Bennett Field. Many of the planes flown were donated by individuals who couldn’t fly them at the time due to the high cost of fuel.”

In 1948, Raymond re-enlisted in the Army before seeing combat in Korea in 1951. Upon his discharge he attended college and became a police officer in White Plains. He also served in Westchester assisting veterans and currently aids vets through the United Action Council for Veterans and Service Members.

Maloney noted following the war 848 medals were awarded to members of the Civil Air Patrol but because the brothers enlisted while pre-teens, they fell beneath the radar and were never recognized. “Ray was born in1930, which was the same year my mom was born. Mom passed away on March 18 and I have been thinking about her a lot lately and her stories about how our country became mobilized during the war. Wouldn’t it be great if we could mobilize our country again without the war? Wouldn’t it be great if everyone took on a sense of responsibility and contribution in something bigger than themselves? I believe that every American should serve their country with pride, honor and distinction and get out of our red team-blue team mentality and like Ray and Herbert start thinking again about the red, white and blue.”

Maloney said elected officials “must stop chasing their tails on ‘penny-ante titty-tat short term nonsense’ because the United States is bigger than all that stuff.”

He said his father, who served in the Navy during the war, often told him, “Son, a lot of guys never came home.”

“The real heroes are those whose names are imprinted on granite headrests at cemeteries around the globe who never got to marry, have kids and fulfill their life’s dreams,” The congressman said.  “We are blessed that some did come home, like my dad and Ray D’Alessandro because of the contributions they made to the United States of America.” 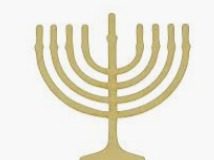