ALBANY – Sullivan County continues to top the state in job growth.
In fact, for the 12 months ending in September, there was an 11.8 percent
increase in the number of new jobs in the county. The next closest area
in the state in terms of job growth was the Ithaca metro area with 2.1
percent growth.

Sullivan County Partnership for Economic Development President Marc Baez
doesn’t think the increases will stop there, which will bring with
it a need to import workers.

“We are down to about 1,400 or so residents that are not employed
right now out of a total workforce of well over 32- 33,000. Certainly
we are going to be bringing people in to do the jobs,” he said.
Baez said the casino is the catalyst for the job growth and the Kartrite
waterpark next door and the Center for Discovery’s opening of a
facility in the former Frontier Insurance building in Rock Hill will each
require 400 new jobs.

Other job growth in the Mid-Hudson/Catskills includes 1.7 percent in the
Dutchess-Putnam metropolitan Division, 1.6 percent in Ulster County, 1.0
percent in both the Orange-Rockland-Westchester Metro Division and Greene
County.

There was no job growth in Columbia County in the 12 months ending in
September.

Job gains were largest in educational and health services; professional
and business services; natural resources, mining, and construction; other
services; and leisure and hospitality.

Losses were mostly in trade, transportation and utilities; and manufacturing. 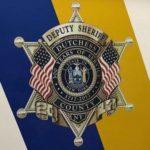 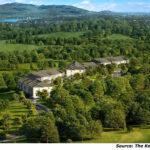