BEACON – Over 100 supporters of the first ever Hudson Valley Hate
Free Zone stood together in solidarity Saturday to support the rights
of all peoples in the region.

The event in Beacon, put on by Hate Free Zone leaders from Nobody Leaves
Mid-Hudson and Community Voices Heard, was held as a response to the increasingly
oppressive atmosphere for black, LGBTQ, Muslim, undocumented and Jewish
residents supporters believe has been perpetuated by the incoming presidential
administration.

Due to President-elect Trump’s comments regarding deportation of
undocumented persons, a main facet of the Hate Free Zone is to eliminate
the fears of deportation for the undocumented and to remove the stigma
against them.

Umberto Romero Gonzales, a law student and elected member of his student
government when he attended SUNY Orange, said having to pay out-of-state
fees due to his undocumented status made him feel like a second-class
citizen when all he, and other undocumented residents, want to do is be
a productive member of society.

Alfredo Parcheko, a leader of the Hudson Valley Hate Free Zone and member
of Community Voices Heard, said he believes there has currently been a
precedent set, by the new administration, deeming oppression okay. He
wants to make sure his children can live in a United States where they
are free from the fear of having their lives upended by deportation.

“That fear, it exists inside you. You have a family here; you have
everything that you’ve been working for here,” said Parcheko.
“I’ve been in this country for 27 years; actually, half of
my life I’ve been living here. I don’t know another way of
living, and by him [Trump] saying that he’s going to deport two
million people – I don’t know if I’m one of them. I’m
afraid of that,” he said.

Even though deportation of undocumented residents is a main concern of
the Hate Free Zone, it’s only one of many. The supporters of the
Hudson Valley Hate Free Zone also hope to address healthcare issues, mass
incarceration of minority groups and the affordable availability of higher
education for all.

Dominique Suddith, the Hudson Valley Safe Zone leader from Nobody Leaves
Mid-Hudson, said they are planning to create tangible resolutions to these
issues.

“We’re going to collect our ideas and brainstorm on some solutions
to the problems that we’re all facing today and we’re going
to put it into action,” said Suddith. “Whether that is fundraising
for people that are going through incarceration, people who are facing
deportation; we want to be able to have some type of support for them.
Whether it be legal services, or just information, we want to be able
to have that for them,” she said.

The Hudson Valley Hate Free Zone proponents maintain they are intent on
not only making the region a designated hate free zone, encompassing the
stipulations of sanctuary status, but also are hopeful in the effort to
have other communities throughout the nation follow suit. 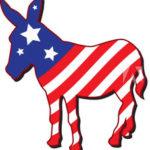 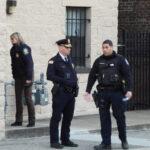 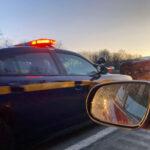